Upon receiving a gift, many struggle to resist the urge to open it immediately. The impatient may need to practice some restraint, as across the globe, 67% of people think it is polite to wait before opening a gift.

This was one of the many findings from The Body Shop Global Gifting survey, which studied gifting behaviors of 1,950 men and women across 10 countries and regions from five continents. The countries and regions surveyed were: Australia, Brazil, Canada, Hong Kong, Japan, Saudi Arabia, South Korea, Sweden, USA and UK.

Particularly in Hong Kong, 87% of people think it’s best not to open the received gift then and there, followed by Japan and Saudi Arabia (both 72%). Brazilians, by contrast, seem slightly happier to tear into their gifts immediately, with only 51% agreeing that it is good to wait.

According to Arnaud Jeanteur, Global General Manager of Brand at The Body Shop: “The Body Shop is very well known as a gifting destination and we wanted to dig a little deeper to find out what lies behind the gift. In a world of instant gratification, we were very surprised with this finding. If you get a gift from The Body Shop, we’ll understand if you want to open it immediately!”

The survey also highlighted a decline in generosity over the course of a long-term relationship. Across every country, gender and age group, it was found that the longer a relationship lasts, the less is spent on gifts for each other. Nearly 75% of people said that they spend less on gifts for their partners than they used to.

Gift giving in relationships follow a typical pattern: year one and two are the rosiest, with gift value reaching a peak before the end of year two. As the ‘honeymoon period’ ends, gift giving steadily declines, with lowest spend being year 7, which may help explain the existence of the seven year itch. 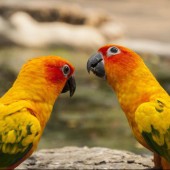 Hi, I am Emily, mother of two beautiful children. Passionate about fashion and design I went to a school art. Never practiced except school projects, but dedicated my life being a full-time mother. During my first pregnancy I discovered a fashion group and started writing about my first love, design in fashion. I like writing about things I know and I love. Here I am, trying to share my thoughts about love, being a mother, art, fashion, raising children, cuisine and lifestyle.

A super helpful guide for choosing the best mattress

How to create alliances at work